Save 50% off all meal plans & printables!

Wondering if there are any bad effects of coffee? Is caffeine bad for you? Are there any coffee side effects? Get answers to all your coffee and caffeine burning questions.

From a shot of espresso to the creamiest of cappuccinos, I love indulging in good coffee. I drink my coffee as much for the flavor as for the caffeine boost. But overindulging could lead to health problems, especially for your heart.

I didn’t start drinking coffee until I was an adult—and when I did, I was hooked. In fact, it’s morning as I write this, and I’m sipping an espresso.

Of course, I know not everyone likes the bitter taste of coffee—and adding a little sweetness is certainly OK. But certain coffee add-ins can add more hidden calories than others. And how do coffee sweeteners affect weight loss?

Because of my coffee love, I’m a fan of finding out as much as possible about how much caffeine is safe to consume.

There’s also a lot to think about in terms of how much caffeine you’re consuming. What are the biggest coffee side effects, and are there any bad effects of coffee and caffeine? I’m about to spill all the beans!

How Much Caffeine Can You Have?

When I was in Milan a couple of years ago, I had a morning routine I loved. I’d wake up early (atypical for me!) and walk a few blocks to an adorable café. I’d order a cappuccino—which the barista would top with chocolate swirls and crushed almonds—and relax at a table, connecting to Wi-Fi and catching up on emails.

I loved those mornings, and I do my best to recreate them at home (minus the chocolate and almonds!) with my cappuccino maker and pre-pandemic trips to local cafes.

Your daily dose of caffeine could be adding up quickly and from surprising sources. So how much caffeine is too much? The 2015-2020 Dietary Guidelines for Americans give most of us a free pass to drink up to 400 milligrams per day, the amount in three to five 8-ounce cups of coffee.

By the way, caffeine in food counts, too, so make sure to cut back on your coffee consumption and intake of other caffeinated drinks if you indulge in my matcha muffin recipe or my healthy coffee smoothie.

Is Caffeine Bad for You?

Now for the big question: Are the any negative effects from regular coffee intake over the long term? How about sipping the fruit of those coffee beans over the short term?

A study in Food and Chemical Toxicology summarized the results of research on potential adverse effects of caffeine on behavior, cardiovascular disease, bone status, reproduction, and development in healthy adults.

The findings: The research suggests that the same amount of caffeine recommended in the latest dietary guidelines, a cap of 400 milligrams of caffeine daily, is in fact the safe amount for most healthy adults. However, more research is needed on unhealthy and sensitive populations.

This amount of caffeine comes out to roughly three to five cups of coffee daily—or one Keurig K-cup coffee, one 12-ounce cola, 1.5 ounces of dark chocolate, and a 12-ounce energy drink.

Perhaps not amazingly, coffee and tea make up between 70 and 90% of total caffeine intake for American adults. A cup of green or black tea has between 10 and 48 milligrams caffeine.

The guidelines found that moderate amounts of caffeine intake of this amount is not linked with heightened risk of cancer or premature death from cardiovascular disease.

Consider all sources of caffeine throughout the day, and cap coffee intake at three to five eight-ounce cups of coffee daily, depending on how you get your caffeine and what other caffeinated foods and drinks you’re consuming.

How Does Caffeine Affect Pregnant Women?

Now, if you’re pregnant, you have a different caffeine story. This advice also applies to people who haven’t yet begun a coffee habit and women who may become pregnant or are breastfeeding.

To reduce the risk of any adverse effects such as a raise in blood pressure, most experts recommend pregnant women consume less than 200 milligrams caffeine per day, but speak with a doctor for individualized advice.

However, the Food and Chemical Toxicology study also recommended that healthy pregnant women take in no more than 300 milligrams of caffeine daily. So it’s really up to you.

While these amounts are not connected with adverse health effects, too much caffeine could have consequences.

Do Hot Drinks Cause Cancer?

A report from the International Agency for Research on Cancer (IARC), a working group of the World Health Organization (WHO), published in The Lancet Oncology, gives us reassurance about drinking our morning caffeine. Drinking coffee does not cause cancer.

This is big news because back in 1991, the same group assessed coffee as possibly carcinogenic, specifically in regard to bladder cancer. Back then, a limited database of studies was used.

In the new evaluation, a much larger database of research of more than 1,000 studies was looked at. Coffee consumption was not correlated with bladder cancer—and coffee intake was found to have some protection against endometrial cancer and liver cancer.

While coffee on its own doesn’t cause cancer, drinking super hot beverages might. An interesting finding of the report is that drinking very hot beverages, such as mate and tea, has a possible connection to cancer.

Only limited studies have been performed, and many of these were animal studies, linking drinking beverages hotter than 149° F temperature to esophageal and liver cancer.  Much of the research is linked to reports of people drinking mate, which is served at very hot temperatures.

To put that in perspective, tea, coffee, hot cocoa, and other hot beverages are typically served at temperatures between 160° and 185° F, but optimal drinking temperature for coffee falls to between 120° and 140° F.  So continue letting your drinks cool before sipping.

Why Energy Drinks Can be Dangerous

Many folks, like my husband, rely on the occasional energy drink for a caffeine boost.

While the typical cup of coffee contains between 95 and 200 milligrams, an energy drink contains anywhere from 20 to 1,368 milligrams caffeine per cup. This upper end is dangerous and much more than the daily caffeine limit of 400 milligrams advised by the dietary guidelines.

And when combined with alcohol, consuming energy drinks can be risky. Research shows that the combo increases blood-alcohol concentrations significantly more than when alcohol on its own.

A preliminary study, out in the International Journal of Cardiology, reveals another danger of the drinks. In the study, subjects regularly consuming energy drinks and having at least two in the 24-hour study period had a significantly increased frequency of heart palpitations. As well, people drinking alcohol along with the energy drinks experienced increased palpitations.

Study authors aren’t sure why this occurred, but consuming too much caffeine may increase risk for heart troubles. And the study’s researchers comment that energy drink ingredients such as ginseng are associated with cardiac arrhythmias when consumed in large quantities, along with caffeine.

Could Your Coffee Habit Hurt Your Weight Loss?

Here’s some good news: You can have your cup of joe and stay on track with your weight loss!

When the 2015-2020 Dietary Guidelines for Americans came out, they recommended that people drinking coffee and tea account for the calories added in from cream, added sugars, and other additions.

A study in Public Health looked at large amounts of data collected from the National Health and Nutrition Examination Survey from 2001 to 2012 to see how add-ins to coffee and tea affect energy, sugar, and fat intake.

The researchers found that about 68% of people who drink coffee do so with caloric add-ins—typically sugar, cream or cream substitute, half and half, or whole or low-fat milk. These mix-ins added an average of 74 calories over a 24-hour period to the coffee drinkers’ diets.

Like your coffee or tea on the sweeter side? Try these tips to add some sweetness without sugar or calories:

Add a Dash of Cinnamon

Try this with your black coffee for a touch of sweet flavor with no added sugar and very few calories.

Many herbal and fruit-flavored teas, such as raspberry and hibiscus, are on the naturally sweet side—yet don’t contain added sugars.

A drop or two an add a naturally sweet flavor to your coffee or tea.

I’d love to hear from you! What do your caffeine habits look like? How many mg of caffeine do you consume daily? What do you think about the health benefits and the health downfalls of caffeine? Are you worried about withdrawal symptoms and increased heart rate from high caffeine intake? 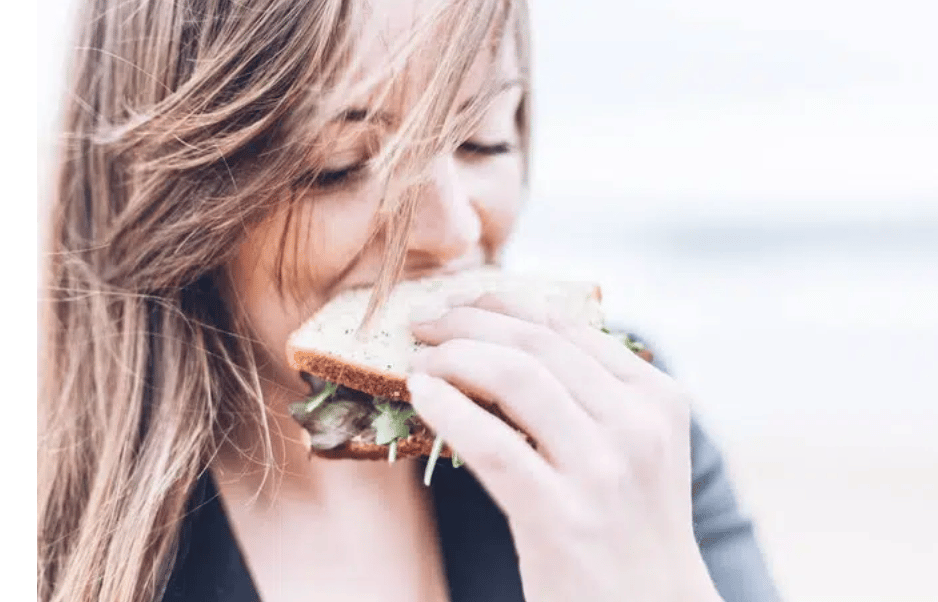 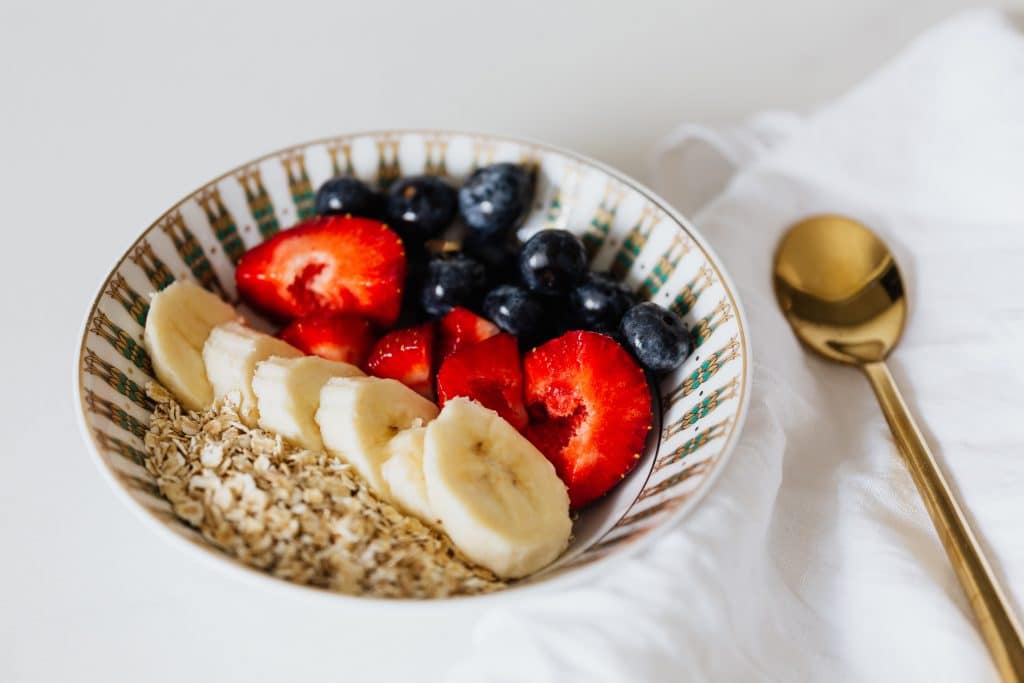 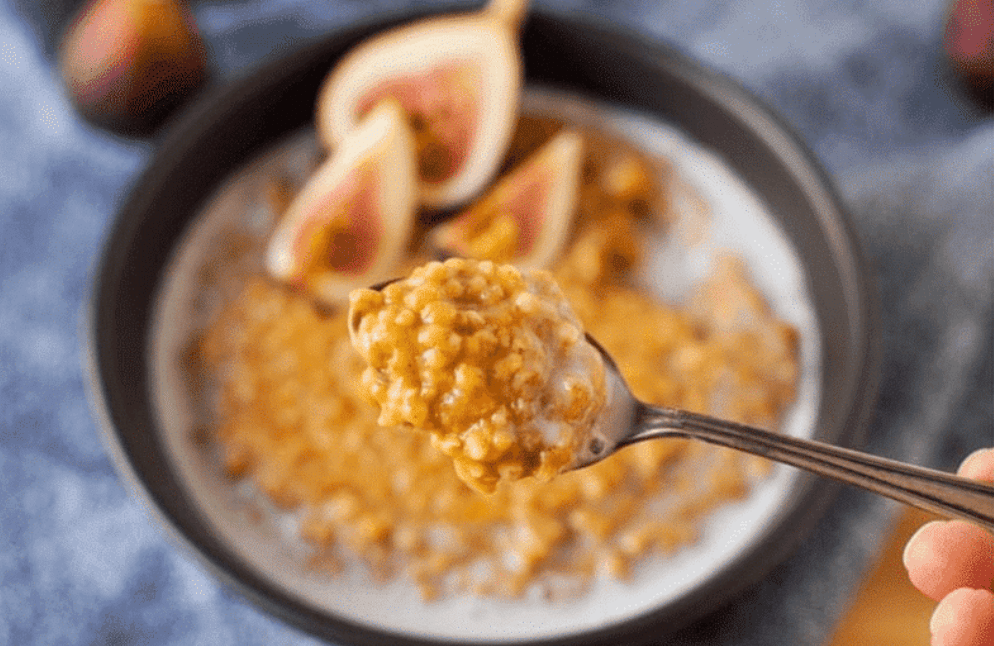