Considering a plant-based diet for an autoimmune disease? Learn more about how this eating style may help and tips for a plant-based plan.

While various medical therapies are used to treat these conditions, many people also turn to implementing lifestyle changes to manage their symptoms.

What is a plant-based diet?

Simply put, a plant-based diet is a diet that consists of mostly plants. There’s no single definition for a plant-based diet. But most approaches fall into one of three categories: vegan, vegetarian, flexitarian, or some combination of the three.

A post shared by Amy Gorin MS,RDN | Plant Based with Amy (@amydgorin)

Multiple studies have investigated the effects a plant-based diet may have on a person’s risk for developing an autoimmune disease, as well as the impact of symptoms of various autoimmune diseases rearing their heads.

Many different types of autoimmune diseases exist, and there’s no single definition of what constitutes a plant-based diet. These two things make it difficult to know which approach is best. However, some interesting findings in research make the transition to a plant-based diet compelling.

An autoimmune disease is one where the body’s own immune system attacks the body, resulting in adverse health outcomes. There are many types of autoimmune diseases, and each type presents with unique symptoms.

The potential causes of autoimmune diseases are complex and thought to be related to a variety of factors. These include genetic predisposition and certain modifiable lifestyle factors such as smoking.

Additionally, some studies have investigated the correlation between diet and autoimmune disease risk.

For example, there may be an association between highly processed, Western-style diets and intestinal permeability, per the 2021 research in Nutrients.

Gut permeability is a condition in which material from the gut relocate into other parts of the bodies when they should not.

This connection is thought to contribute to the increase in autoimmune diseases in Western countries, especially in people with a genetic predisposition.

The anti-inflammatory potential of the plant-based diet may impact the prevention and management of some autoimmune diseases.

For example, diets that follow a traditional Western pattern are thought to be associated with an increased risk of developing an autoimmune disease.

On the other hand, diets that contribute nutrients associated with reduced inflammation, such as the Mediterranean diet, have been associated with a reduced risk for developing an autoimmune disease, according to the 2021 Nutrients research.

The impact of diet on various autoimmune diseases has been studied with some conditions having more supporting research than others when it comes to diet and disease management.

Rheumatoid arthritis and the plant-based diet

Rheumatoid arthritis (RA) is a joint condition that results in swelling and pain in the joints of the wrists, hands, and knees.

Approximately 0.5 percent of the American population has rheumatoid arthritis. It’s more commonly diagnosed in women than in men, per a study in Rheumatology International.

And research in Frontiers in Nutrition has shown a potential link between modifiable lifestyle factors like smoking, diet, and physical activity and the risk for developing RA.

Some studies have found that people with RA find relief when following a vegan diet.

In addition, people eating a vegan diet tend to eat less dietary fat than people following a semi-vegetarian or omnivore diet. Total fat intake may play a role in inflammation in the body, which in turn could influence RA.

However, some studies indicate that modifying the type of fat eaten, versus reducing fat intake altogether, may have a beneficial effect on RA pain.

Lupus and the plant-based diet

Lupus is an inflammatory autoimmune disease that can have a negative effect on multiple organs including the kidneys, heart, lungs, and joints.

SLE is the most common type of lupus and is the one we will focus on when discussing the link between a plant-based diet and lupus.

There may be a connection between symptoms of SLE and a plant-based diet. A survey conducted in the United Kingdom found that people with SLE who followed a low or no-dairy diet experienced a reduction in SLE symptoms.

The same was true for folks who limited processed foods and people who followed a vegan diet.

However, one study in Arthritis Care & Research looking into the connection between diet and the risk of developing SLE found no association with one notable exception.

The results showed that those who adhered to the 2010 Alternative Healthy Eating Index (AHEI-2010) and who also had a high intake of nuts and legumes had a lower risk of developing SLE.

However, the researchers note that more research is needed to confirm the connection between diet and the risk for developing SLE.

Multiple sclerosis and the plant-based diet

There may be a connection between diet and MS, according to research in Current Nutrition Reports.

Many components of the diet like saturated fat intake as well as the intake of certain food groups like dairy, fruits, vegetables, and whole grains are all considered as potential dietary factors that may have an effect on MS.

Additionally, the study authors note that research has investigated the effect a low-fat, plant-based diet called the McDougall Diet has on fatigue in those with MS. Research is ongoing.

Foods to eat on a plant-based diet for autoimmune disease

One of the common themes that emerges when reviewing the effect the plant-based diet may have on various autoimmune diseases is that diets with foods that have anti-inflammatory properties seem to offer some benefit.

Following a plant-based diet has been shown to improve inflammatory markers, with some studies indicating that vegetarian diets have a more significant impact on these markers, per research in Advances in Nutrition.

In general, fruits, vegetables, whole grains, nuts, legumes, seeds, and foods with unsaturated fats, antioxidants, and fiber all appear to have a beneficial effect on inflammation. This in turn may aid in the management of autoimmune diseases and/or in their prevention.

Foods to avoid on a plant-based diet for autoimmune disease

On the flip side, foods considered pro-inflammatory appear to be the least beneficial for the management of some autoimmune diseases.

For this reason, it’s recommended to limit and/or avoid these food categories.

Eventually, the diet can be liberalized by reintroducing foods eliminated in the first phase of the diet. The final diet looks different for everyone because the reintroduction process involves trialing foods to see which ones contribute to worsening symptoms.

At the end of the reintroduction phase, the diet that includes the most foods and the least amount of symptoms is considered to be the best diet for the person following the protocol.

In fact, the plant-based diet doesn’t require the elimination of any foods. It’s simply a diet meant to prioritize plants over animal-based foods. This could mean eating a strict vegan diet or it could mean following a flexitarian diet—the choice is yours.

Keep in mind that no matter what plant-based eating pattern you choose, if you need to eliminate foods for allergenic reasons such as gluten or due to a sensitivity then the plant-based diet can be adjusted to accommodate.

Like much of nutrition research, the study of diet patterns and their influence on the development of autoimmune diseases is complicated due to multiple limitations like confounding variables and self-reported data.

Despite this, some common themes emerge. Diets rich in plants with optimal fiber, unsaturated fat, and other essential nutrient intake can have an anti-inflammatory effect which in turn may play a role in the treatment and prevention of some autoimmune diseases.

Now tell me in the comments if you’ve found a plant-based diet for autoimmune disease to be helpful. 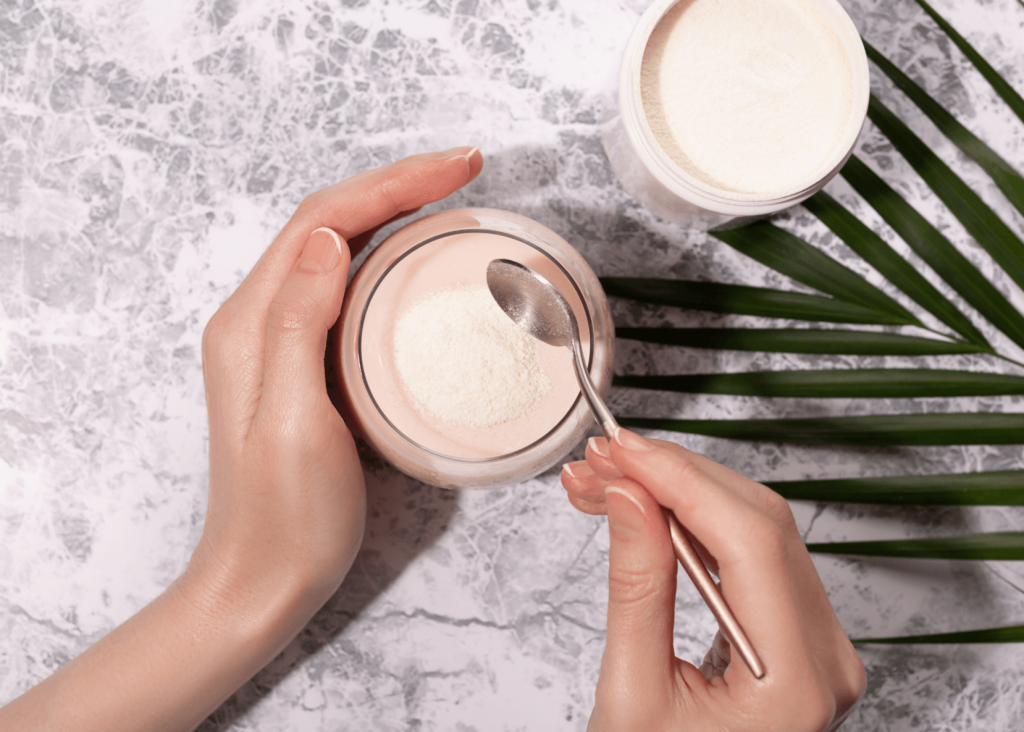 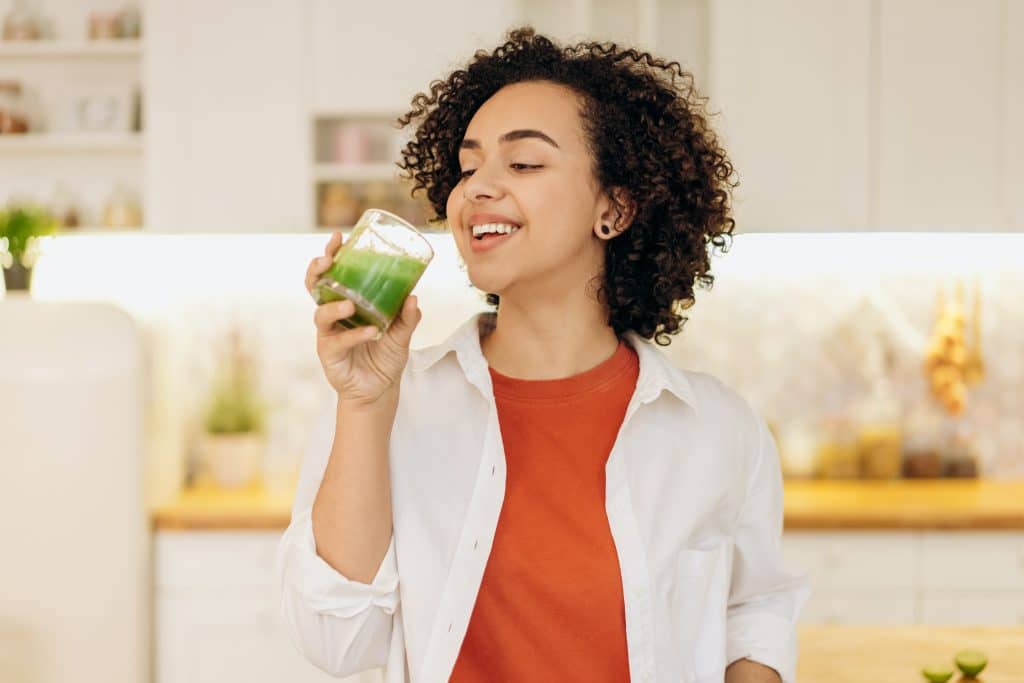 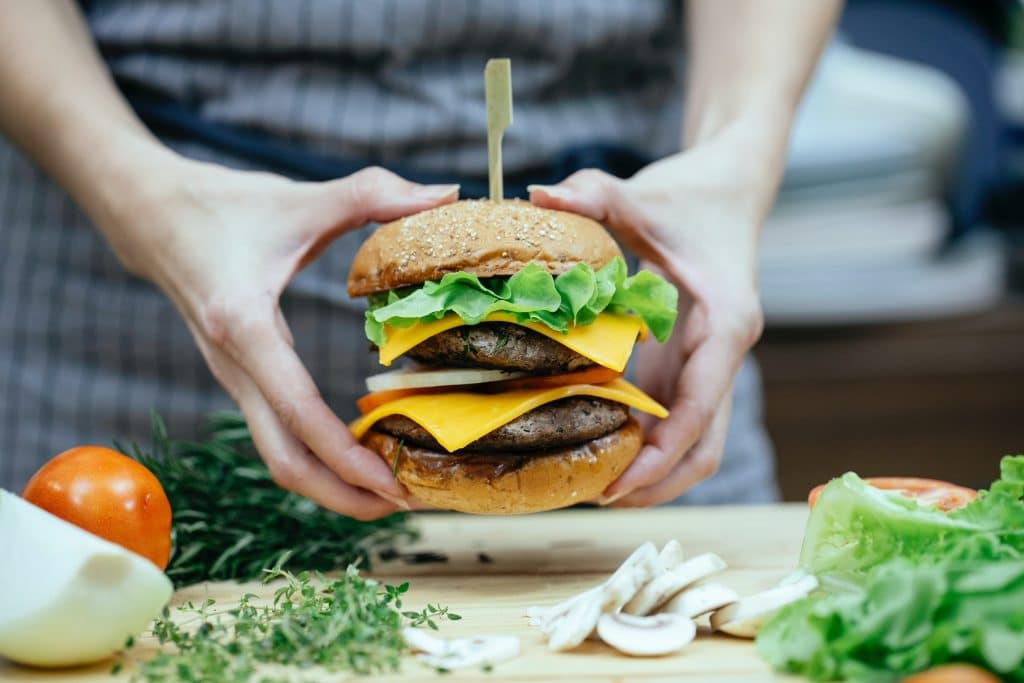 Can you Freeze Plant-Based Meat?